If you haven’t heard of this yet, TROM is a 13 hour long documentary (yep, 13 hours) that discusses everything from the big bang to the current state of humanity, and everything else in between (religion, education, science, war, health, UFO’s, death… the list goes on and on.) Once you’ve gotten the bigger picture, it focuses on alternative solutions such as the Venus Project. Good stuff, worth a look!

Schools in SF that adopted a mandatory ‘Quiet Time’ (“Twice daily, a gong sounds in the classroom and rowdy adolescents, who normally can’t sit still for 10 seconds, shut their eyes and try to clear their minds”) saw dramatic changes in everything: grades improved, suspensions fell, crimes reduced, children were happier.. all that good stuff we already know and society is starting to understand. 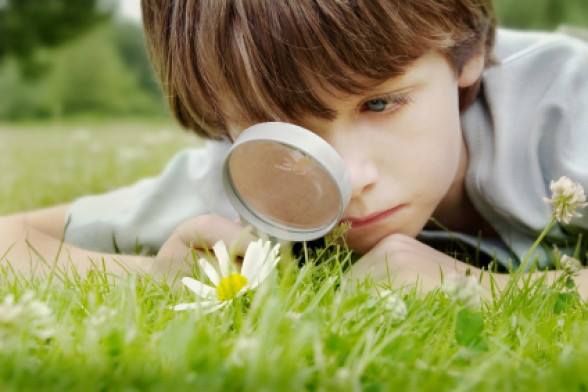 Recently I came across a man who home-schools his children. He said he doesn’t believe in sticking children inside 4 walls and forcing them to memorize information, but rather they take a topic that the child is interested in, and then they “dive all the way in”.

For example, if the child likes insects, they would go into the woods and observe different insects, then they would go home and research the ones they saw and learn everything there is to know about them – the different types, where they can be found on the planet, how their bodies work, etc. They watch videos, they ask questions, they discuss it, they dive all the way in.

What ends up happening is that the child naturally becomes exposed to things such as language, science, geography, math, etc, simply by being allowed to follow his or her current excitement.

I was up the other night, thinking about my life, my writing and what was holding me back.. when all of a sudden I stumbled across an old book report I had written back in high school on the Catcher in the Rye, graded by the most influential teacher I ever had in my life: Mr. George R. Blouin.

While looking over the paper, I instantly remembered our English class reading through The Catcher in the Rye together, and how Mr. Blouin he had pushed and pushed us to understandÂ J.D. Salinger’s brilliant and touching interpretation of what it was really like growing up in today’s world.

Mr. Blouin spoke about the story with passion, challenging us lost kids to face our own phoniness and sarcasm through the eyes of the controversial protagonist, Holden. He would write on the board so fast, and with so much intensity, that usually I could barely make out most of his handwriting.

But it didn’t matter – he was getting the message across.

And when the smart-asses in the class didn’t quite ‘get it’, Mr. Blouin would climb on top of his desk to avoid “all the bullshit that was filling up the room”.

That was Mr. Blouin for you. He was just one of those teachers that was so respected, by so many students, over so many years, that he could pretty much get away with anything and no one would ever say a word. It was an unspoken law.

He was a man that told us the truth and pushed us to think for ourselves. He was the kind of teacher that would literally get furious with you if he felt you were not living up to your potential. He was a man that truly cared about his students’ lives, and it didn’t matter to him that he’d given those same exact speeches and introductions to generations of kids before us. He did it again and with the same passion.

So you can imagine why his comments and advice always meant the world to me.

And that night, in the midst of my writer’s block, Mr. Blouin had returned, through this lost and forgotten book report, to offer his words of wisdom once again.

What I still don’t understand, ironically enough, is his handwriting: