I’ve seen many versions of this quote over the years, but this image has to be my favorite.

Anyone who thinks fallen leaves are dead has never watched them dancing on a windy day.
– Shira Tamir

What an awesome and inspiring project!

Last night I went for a walk with an Eckhart Tolle lecture sinking in through my mp3 (what can I say , I’m a groupie!!!)

I was approaching the Tel Aviv Port just as E.T. was in his motivational peak (for those familiar with Eckhart you know he’s not exactly a “motivational speaker” but that the real power lies in the peaceful simplicity of his words.)

Anyway, just as E.T. was encouraging me to “embrace the moment”, “be here Now”, “surrender to the present moment, no matter what form it may take”, “SURRENDER TO THE NOW”, his voice started drowning out to the sound of samba music coming from a large crowd of people standing along the port.

I then realized that what E.T. was really trying to say was “Oh, for god sake, take off the damn earphones, stop listening to me blabbing on about surrendering and embrace the present moment already!!!”

As I approached the crowd I realized that it was a huge samba party with people of all ages line dancing to the beat of the samba drums, following the lead of some dance trainers who were demonstrating the moves.

As with any type of similar situation, there were the people who were actually participating (and I must say, having the time of their lives..) and then there was the rest of the on-lookers circling the event, safely smiling and clapping away as the others got their grooves on.

I was looking at the dancers, at how much fun they were having, and yet all I could hear was Eckhart’s words echoing in my ears: “SURRENDER!”

The next couple of minutes consisted of a unique inner dialogue with myself (as a typical Gemini, I’ve gotten quite good at those) which consisted basically of this:

– No one here knows the steps.. they’re learning as they go!

– But what if someone I know will see me?

– What if they notice that I’m here all alone?

– Hey I know, I’ll come back next week with my husband.. It will probably be much more fun with him anyway… Yeah, that’s what I’ll do!

Ok, you get the point.

But here’s where the real magic started:

All of a sudden I noticed a little girl and her mom who were standing nearby. The mom was trying to encourage the girl to dance and the girl kept shying away. Each time the mom would gently nudge her, the girl would consider it for a moment, and then finally she would shy away clinging on to her mommy’s leg.

At that moment, I INSTANTLY had a flashback to my childhood where unfortunately I had been in so many similar situations: people encouraging me to dance or play or participate or sing (I sooo wanted to do that) .. and almost every single time I would eventually shy away, disappointing the people around me, but most importantly… disappointing myself.

And then suddenly it hit me:

I’M NOT THAT LITTLE GIRL ANYMORE! I don’t have to be that little girl anymore!! It is just my conditioned mind trying to take over, trying to convince me that this is something I wasn’t capable of doing.. that I was “too shy”. (Yes, those hours listening to Eckhart’s lectures were finally starting to pay off.)

As I was having this enlightenment, I noticed more and more people around me had started to join in the line dance. It was like a wave coming in and I knew that I could not stand in place any longer.. that if ever I wanted to prove something to myself I would need to do it NOW.

“JUST TAKE THE FIRST STEP”, that little voice inside me thundered over the music.

I took the first step and the next thing I know I was dancing to beat, shaking my booty along with the best of them…

And I was having FUN!

But that’s not the end of this story:

Just as I was starting to really enjoy myself, I suddenly noticed (now, get this…) the same little girl I had seen before, was now looking directly at me (out of all the other people in the crowd) and trying to copy my dance moves!!

I smiled to her and she smiled back this sweet, shy smile and before I knew it I was heading over to her (dancing as I went) and yelled to her, “Come dance with me!” She giggled and shied away, running back to her mom. And I continued dancing with the others till the end of the song.

When the song was over, I headed out of the crowd, but not before bumping into the little girl and her mother once again.

Before I could say a word, her mother gave me this huge smile and yelled “THANK YOU!” over the music (I guess she noticed me trying to get her daughter to dance.) I looked down at the little girl and told her, “You know, you’re a really great dancer! I SAW you!”

The girl looked back at me with her big brown eyes and beautiful smile and I could tell she was so pleased with herself when I said that.

Again, her mother thanked me and told me that I have a beautiful smile.

As I thanked her back I realized that I had just made a difference in that little girl’s life. That even though I was a perfect stranger, maybe I had succeeded in encouraging her to let go and feel good about herself.

Her mother looked at me like I was a human angel that appeared out of nowhere.

What her mother didn’t know was that all of this would have never been possible if it wasn’t for her little girl gently nudging ME on to face my fears.

Her daughter was MY angel.

And for that I shall be eternally grateful. 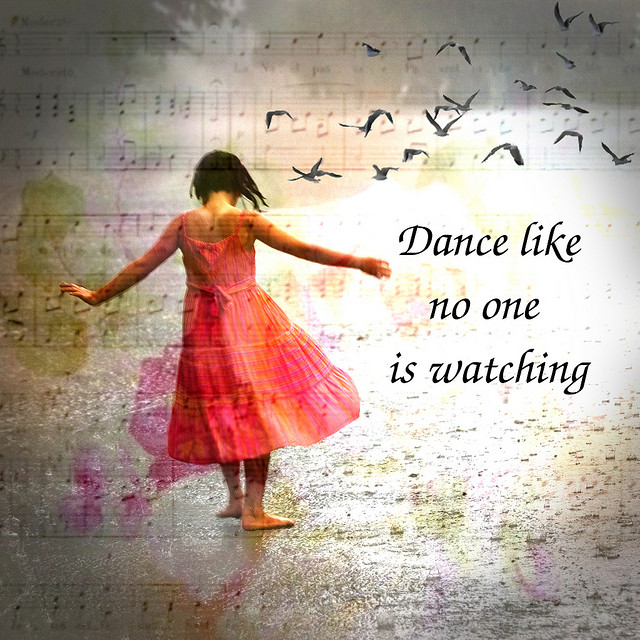 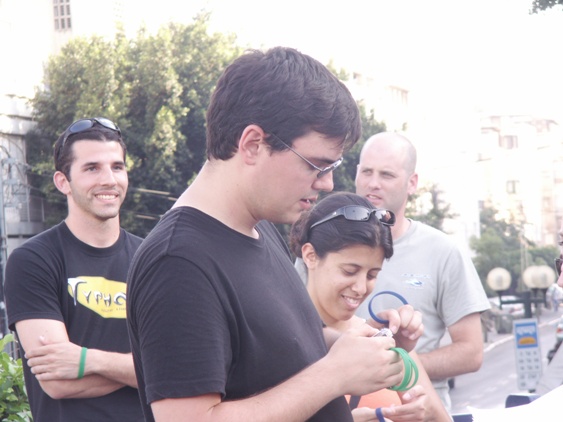 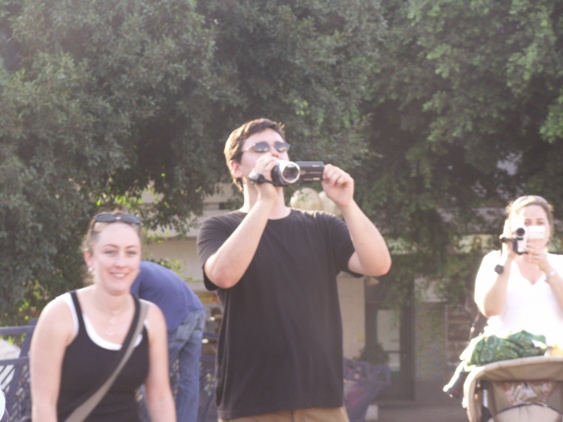 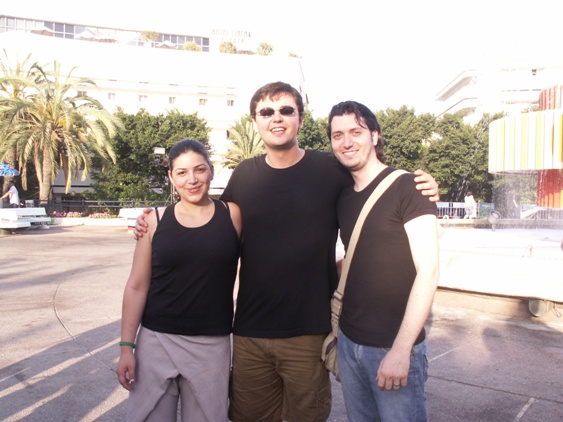